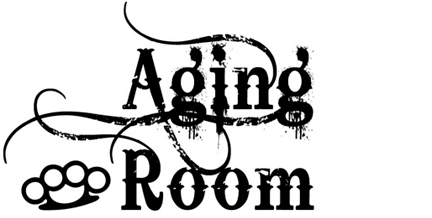 Aging Room cigars are extremely well-made and thoughtfully blended. Rafael Nodal emigrated from Cuba with his family at 16 and – having grown up in a region known for fruit production rather than tobacco – initially pursued a career in healthcare. In the mid-1990s, Nodal met up with Nick Perdomo for lunch and was introduced to the joys of cigar culture. Intrigued, he and partner Hank Bischoff launched a website in 1998 dealing in cigars from Miami-based manufacturers. This ultimately led to the development of their own company – initially called the “Habana Cuba Cigar Company.” Eventually, Nodal and Bischoff decided to focus on small-batch production of their own unique lines and the company was rechristened as Boutique Blends.

As of this writing, Boutique Blends produces two brands: Aging Room and Swag, which were developed with the input of Dominican master blender José “Jochi” Blanco. The Aging Room lines are limited-release blends which are only available until existing supplies are exhausted. The Aging Room Small Batch F55, for example, which won a coveted #2 spot on Cigar Aficionado‘s Top 25 list (considered #1 in the United States, as the top-ranking cigar was Cuban and thus unavailable to U.S. consumers) was blended using an esoteric Sumatran wrapper purchased in bulk from a German supplier.

Note: Our inventory changes often. Not all lines may be available at all times. Please call to confirm availability.